May 09, 2016
Molecular dynamics visualization software typically colors each atom by its identity but allows a few other options. Example: a chloroform molecule (CHCl3) looks like this: 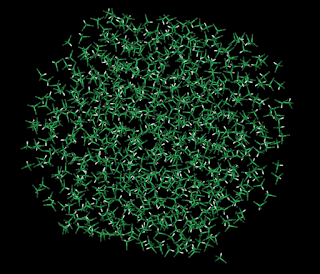 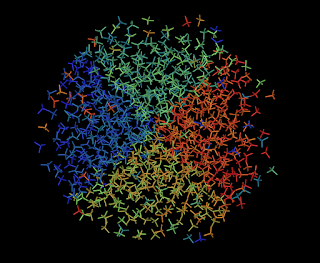 If we run this system for 200 picoseconds, we can see the effect using the same color scheme: 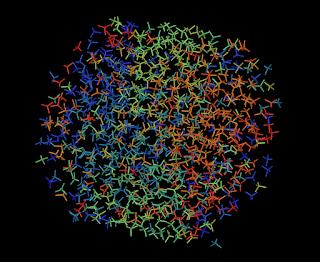 Now this looks more well-mixed. Obviously not a rigorous demonstration that the system has reached equilibrium, but a fun way to survey configuration files.